US Downturn: The ‘Perfect Storm’ 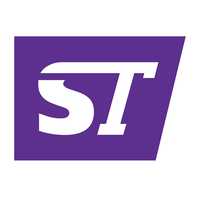 The US has seen a decline in new students in higher education and on Intensive English Programs. Matthew Knott speaks to educators and agents to examine reasons for the decrease.

In the most recent Open Doors report by the Institute if International Education (IIE), the number of new international student enrolments in higher education dropped by 6.6 per cent to 271,738 – the lowest level for five years – adding to previous reports of a 17 per cent decline in student visa issuance in the 2017 fiscal year, and a 20 per cent fall in enrolments at Intensive English Programs (IEPs) in 2017 to the smallest total since 2011. ST Magazine has also reported on closures, acquisitions and withdrawals from the sector.

At Georgetown University www.georgetown.edu in Washington DC, Marcel Bolintiam says the English Language Center has “seen major fluctuations downwards in terms of numbers of students applying to the IEP,” while Jack Sullivan, Director of English Language Programs at the University of Pennsylvania www.elp.upenn.edu says they have experienced an overall decrease “similar to our peers in the field”.

“Our IEPs experienced a steady decline in enrolments from 2015-2017,” relates Jean-Marc Alberola , Director of Bridge Education Group . “While we haven’t seen any signals as of yet that the continued decline in the overall demand for ESL in the US has abated, at Bridge specifically it appears we reached the bottom of the curve last year as our enrolments are up 14 per cent this year, compared with last. We attribute this slight recovery to competitor school closures as well as long-term effects of sales and marketing efforts that have been in motion for several years, including from agent channels.”

“I believe it has been a ‘perfect storm’ of a variety of different factors converging into the phenomenon we are witnessing today,” says Marcel. He cites the high dollar value, the withdrawal of scholarship schemes from some regions [Saudi Arabia particularly] due to falling oil prices, a reduction in visa approvals and ambitious competitor growth agendas.

Cheryl Delk-Le Good , Executive Director at EnglishUSA www.englishusa.org, the association of IEPs, states, “The competition for English language programmes has increased over the years, including more options in closer proximity to students’ home countries. The wider array of choices, combined with exchange rates, is likely one of the biggest factors in the downturn.”

Jack comments, “All of the factors have played a role. The decrease in scholarship programmes has played a role, but some fluctuation could have been expected because scholarship initiatives are created with specific goals in mind and are reviewed annually; they rarely continue on indefinitely.” He also adds online competition to the mix of destinations jostling for market share

At higher education level, Jean-Marc reasons that overall global growth has slowed and likens student mobility to “an amoeba that shifts direction” as destinations become more or less attractive. “Cost of living, exchange rates, student work rights, visa policy and political climate, and safety are key drivers here,” he says. “I think we all would agree that the perception is that the US probably ranks lowest for all these criteria at the moment.”

Despite a number of new pathway partnership announcements in 2018, Jean-Marc says that this sector is not immune. “I would argue a good number of these deals were already in the pipeline prior to what is now an acknowledged decline. The number of announced partnerships would be exponentially higher had the US market continued its growth trajectory.” He adds that the success or failure of pathways is linked to the stature, location and offerings of the host university.

The political environment: Despite hints and threats, actual policy changes in international education have been relatively minor under President Trump – notwithstanding the travel ban in certain countries (see below) – but the atmosphere certainly hasn’t helped. “While we double-down on our rhetoric, our neighbours to the north are eating our lunch!” exclaims Cheryl, citing more welcoming policies and success in Canada. “The rhetoric continues to affect international student enrolment as well. While not much has changed in the steps to obtain a student visa, other countries are making it easier to do so and do not have the threat of unknown/confusing policies being implemented.” Marcel comments, “It is really difficult to point to any specific policy or directive, I do not think the travel ban has helped cultivate a welcoming attitude towards international students seeking to study in the US; quite the contrary, which is why so many in this field are pushing the #YouAreWelcome campaign.” Jack adds, “In order to increase our competitiveness, we need to ensure international students, as well as their sponsors and families, see that the US is a safe and welcoming environment to study English.”

Agent markets: Amid the storm, Brazil was one of the sheltered spots for the US in 2017, increasing by 11 per cent at both higher education and IEP levels. As one of the withdrawn scholarship markets Brazil is still below the level of 2014/15, but the current stream is mostly privately funded. “The US has always been a dream country for Brazilians to attend university,” relates Maura Leao , CEO of Yazigi Travel and President of agency association BELTA . “The interest for going there will always exist, due to the fact that one can find institutions that fit budgets.” She continues, “As for the Trump factor, I don’t believe Brazilians get affected by this. Even if we don’t like who the President is, we are not going to change our study plans in the US. What matters is what they will find when choosing a university.” She adds that Brazilian students are well-adjusted to currency issues. “It might affect a bit when it rises too much, but then we get used to the new rate.”

However, while Colombia posted a strong increase in virtually every English-speaking destination in 2017, enrolments for the US were down slightly. “It is mainly due to the strength of the US dollar in comparison to the peso. It has reached a historical high in recent months,” informs Alexandra Galindo at Global Connection . “Trump being President affects some confidence of applying for visas, but I don’t think it’s as strong a reason as the devaluation. Visa approvals seem to be the same as always.”

The Middle East: What of the region most directly impacted by policy? In early 2017, President Trump introduced a travel ban on six Middle East nations, albeit later ameliorated to mostly permit F-1 student visas. Looking at undergraduate enrolments in 2017/18 from some affected markets, the impact was clear: Yemen (-21.4 per cent); Iran (-16.8); Libya (-16.7); and Syria (-13.3).

Of those, Iran is undoubtedly the most significant market for the US: 11th in 2016/17, and actually the largest in the late 1970s. David Mitchell , Managing Director of Levant Education Study Abroad , which recruits students across the Middle East, says a larger Iranian decrease is likely in 2018/19. He advises that while students were continuing to obtain F-1 visas, they were often being refused by officers at airports due to confusion over the policy. “Since then, we have seen a bias towards more well-known or higher-ranking universities, with visa rejections for students accepted to less prestigious colleges.”

However, he argues that despite the ban, the appeal has not greatly diminished. “Iranians are used to visa issues and bureaucratic hurdles when it comes to traveling, studying or doing business abroad. Young Iranians still see the US as a land of opportunity, and Iranians who have studied and then settled in the US have proven themselves in academic and business careers.”

While visa issues and global competition have blunted enrolments, David continues, “The economic situation in Iran means that the cost of studying in the US, Canada, Australia or the UK is prohibitive to all but a very wealthy elite. The Iranian real has lost 70 per cent of its value against the dollar in 2018, and the renewed economic and trade sanctions that took effect in early November leave prospects for the Iranian economy looking very dire indeed.” He adds Eastern destinations – India, Turkey, the Philippines and Malaysia – are growing instead.

Future: Jean-Marc comments, “I would say that absent of more favourable currency exchange and student visa working rights, there won’t be significant growth for the sector.” He argues that the mooted sale of Embassy English to EC is “indicative that a recovery of the market may be perceived to be a long way off. Typically a large, private equity-backed player such as Embassy would wait out a temporary downturn.”

Cheryl notes that IEPs are ‘the canaries in the coalmine’ of the industry’ so will be the first to experience any recovery, although prospects from EnglishUSA’s internal member survey last autumn were not encouraging. The storm may be raging for a while to come.
[email protected]

Thank you to the schools and companies that participated in this article: